On August 23, 2021, a player won a €3,898,637 jackpot on the Ancient Fortunes Poseidon WowPot Megaways Slot Machine. The customer from Sweden hit this whopping jackpot on the VideoSlots.com website. In Canadian dollars, that comes in at over CA$ 5 million.

WowPot slots are part of a series of games from the publisher Microgaming, the creator of the best progressive slot machines. With Microgaming’s other series, the Mega Moolah games, lucky players have already won tens of millions of dollars.

On top of the win on August 23, Microgaming’s online casinos continue to dish out millions to players betting on web casino games. 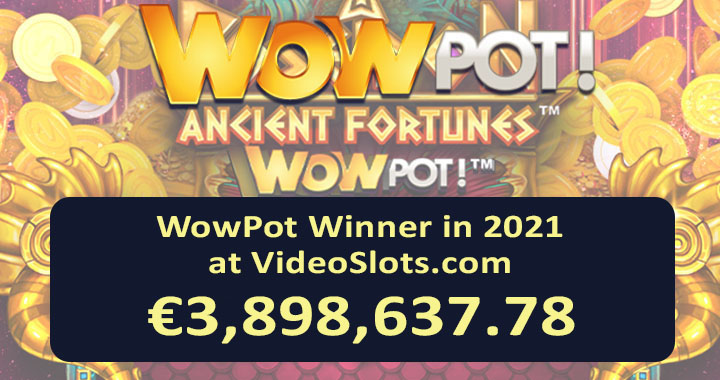 The Swedish winner lucked out on the new game The Ancient Fortunes Poseidon WowPot Megaways slot machine. Since launching on August 5, 2021, the game is already making a buzz on casino guides. The hype around these progressive games from their massive winnings at online casinos contributes to the popularity of slots sites. After all, who wouldn’t want to earn millions by playing online? The Swede’s gain is impressive, but it gets even better than that! In April 2021, a Belgian player broke the world record for the biggest jackpot won on an online slot machine. The winner of the century took home 19.4 million euros (CA$ 28.7 M) on the Absolootly Mad game from the Mega Moolah network.

WowPot is a brand of Microgaming

The Ancient Fortunes Poseidon WowPot Megaways slot machine, and the other games in the saga, are provided exclusively by Microgaming. Even though WowPot games are new, they are already enjoying a large following. Microgaming launched the first version of WowPot in February 2020 with the Wheel of Wishes title. The great thing about all WowPot games is that each version of the series gives a chance to win a shared pot of over 2 million. The bank increases each time a player places bets on any of the slots in the series. As soon as someone wins the jackpot, the amount at stake resets to 2 million. 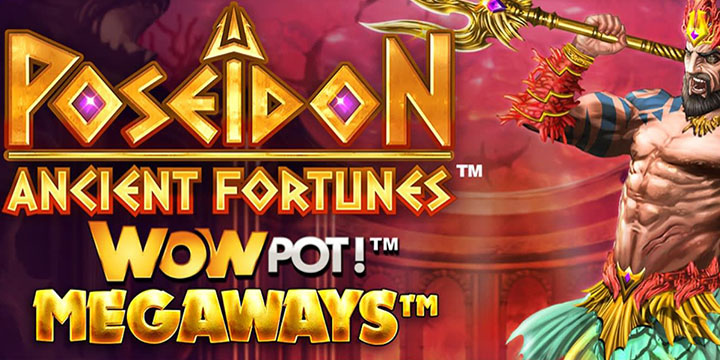 The WowPot slots all have four progressive jackpots. There is the Mini, the Minor, the Major, and the WowPot. You could win one of these four pots each time the wheel appears on the screen during the game. As soon as a player wins one of the jackpots, the amount displayed resets to their original level.

The Ancient Fortunes Poseidon WowPot Megaways slot machine has scored its first millionaire! However, all WowPot games, no matter the theme, offer the same chances of winning. This is because the winning combinations of these games trigger the bonus wheel with the jackpots. In fact, it’s the same system as the Mega Moolah slot machines. As soon as you activate the game’s bonus wheel, it pays one of four progressive jackpots.

Which online casinos should I play on?

Almost all Microgaming affiliated online casinos have at least one version of the WowPot slots in their catalog. To our knowledge, the casino site with the most WowPot games is Jackpot City. This slot machine site is one of the most played in Canada and is a top reference for the Microgaming group. In addition, the game room features one of the most generous welcome bonus programs on the Internet. There is up to $1,600 on offer!

Tips from pros to win the jackpot of over 2 million

The best way to increase the odds of winning the WowPot is to make max bets on each spin. This is down to the fact that the random number generators in these games favor max bets. Of course, you can still claim the jackpot by making all kinds of bets. Typically, by betting $1 per round, the odds of winning are still good.

A lucky gambler won the biggest jackpot on the Book of Atem WowPot game in April 2021. This English player holds the record of £15,183,085. Besides this jackpot, there were two other massive wins. The table below lists the top gains on the WowPot segments of the wheels.

Jackpots worthy of the most profitable classic video slots come from the Major segments of the WowPot slot machines. The most common wins range from $50,000 to $150,000 in these segments. However, when no one wins the Major jackpots for several days, the pot up for grabs easily exceeds $200,000. 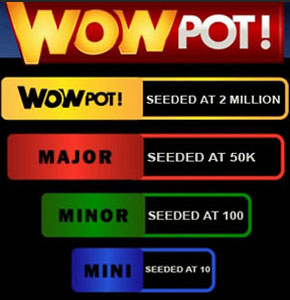 The three biggest Major jackpots won in the saga:
Microgaming publishes these winning jackpot amounts shown in our article on their official platform.

Since the launch of the first WowPot game by Microgaming, they have launched six more versions. To find out more about all the slots in the series, just visit the producer’s official website, Microgaming.co.uk. You will find the details of each WowPot game on the website. No doubt, even more versions will be released soon.

There are over 4000 titles available in the VideoSlots.com catalog. In fact, it’s the online casino with the most slots in the world!

Since registering with multiple gambling commissions, VideoSlots.com is certified in many countries. Players trust the slots site in Canada. However, there are two criticisms. Firstly, almost half of the slots on the website are unprofitable; these games pay badly and don’t allow you to win a jackpot worthy of the name. Secondly, the welcome offer given to new members of the game room is limited. Indeed, the bonuses and free spins activated on real money deposits have restrictive terms of use. Aside from these two negative points, the VideoSlots.com site has a strong following. The domain name, as well as its concept, are all ingredients for a successful website. 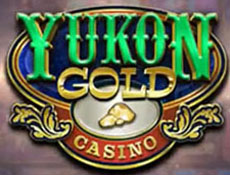